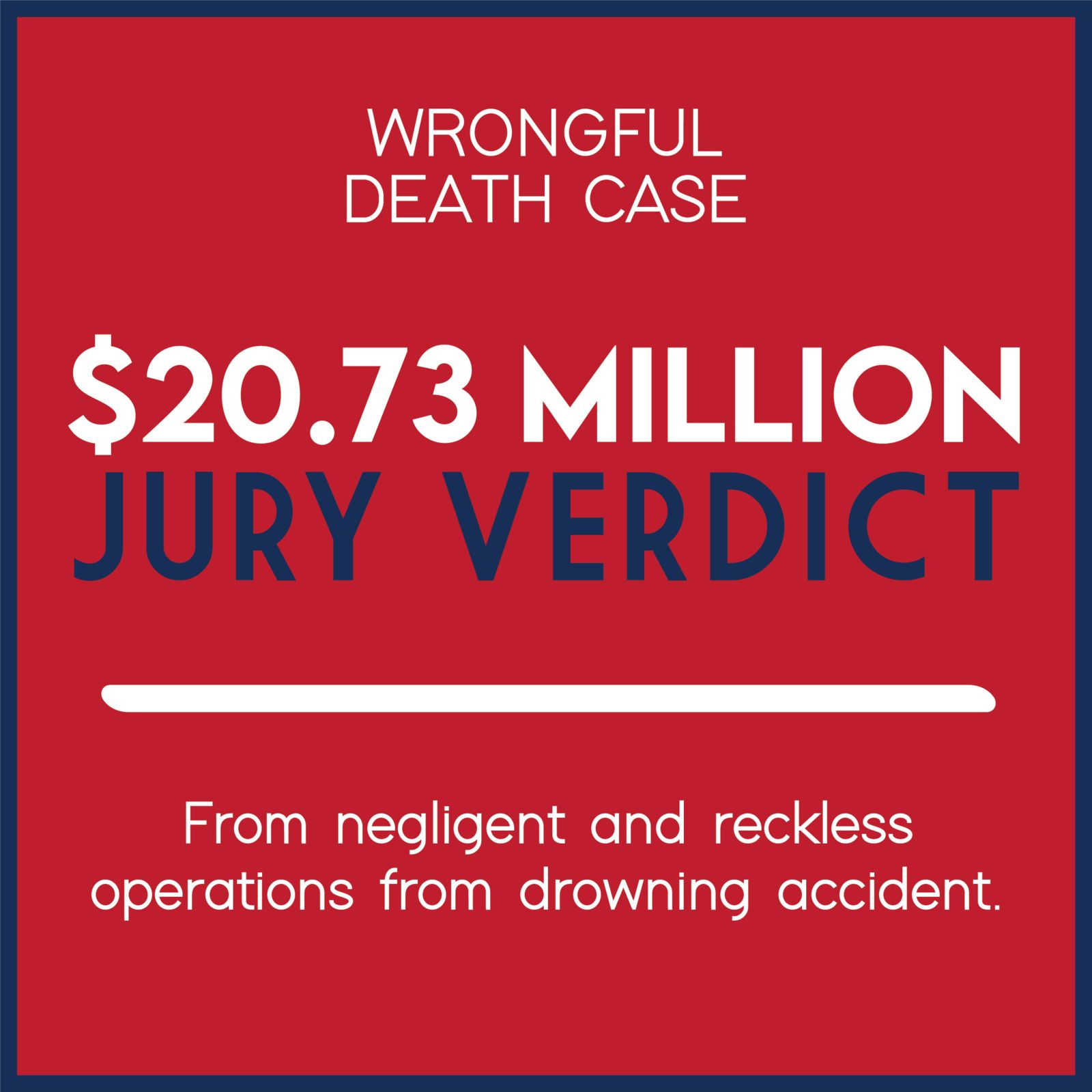 On July 29, 2022, an Horry County jury returned a $20.73 million dollar verdict in favor of the Estate of Zerihun Wolde against Lack’s Beach Service, Inc (Lack’s). The jury determined that Lack’s was negligent and reckless in the operation of its business. Further, the jury concluded that the for-profit company’s negligence was the cause of Mr. Wolde’s tragic death. The jury awarded $13.73 million in actual damages and $7 million in punitive damages for a total of $20.73 million dollars.

Mr. Wolde and two of his children were caught in a rip current on August 24, 2019, while at the beach near the Sea Crest Resort in Myrtle Beach, South Carolina. Lack’s was required to provide properly trained, certified, and competent lifeguards for the portion of the beach where Mr. Wolde drowned. Meswaet Abel brought the lawsuit against Lack’s on behalf of the Estate of Mr. Wolde and her four children.

Lack’s requires its lifeguards to rent beach umbrellas and chairs at the same time they are tasked with public safety and water observation. Lack’s referred to the practice as “Dual Role” lifeguarding. The United States Lifesaving Association (USLA) prohibits lifeguards from being tasked with anything other than public safety. As a result of their “dual role” lifeguards, the USLA stripped Lack’s of its certification around 2008.

Former USLA president, Chris Brewster, testified that Lack’s had “bamboozled” the USLA for over a decade between 1997-2008. Specifically, Brewster noted that George Lack had represented to the USLA that he would deploy a core of lifeguards whose sole purpose was public safety.

Testimony also revealed that Lack’s was notified and warned repeatedly about the fact that “dual role” lifeguarding was unsafe. Upon information and belief, Myrtle Beach, South Carolina, is the only municipality in the country that uses “dual role” lifeguards. Testimony and evidence indicated that while Mr. Wolde and his two children were struggling and calling for help, the lifeguards assigned to monitor the beach were engaged in commercial sales. Further, no lifeguards made any attempt to enter the water and save Mr. Wolde or his children.

The family was represented by J. Christopher Pracht of Thomason and Pracht, LLP and Mullins McLeod and Cooper Wilson of The McLeod Law Group. The verdict is believed to be the largest personal injury verdict in Horry County history.