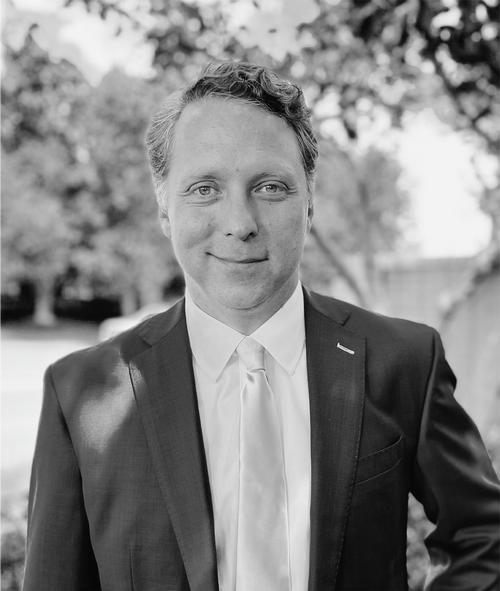 Christopher Pracht, Trial Lawyer at Pracht Injury Lawyers, is a native South Carolinian born in Anderson, South Carolina. After graduating from Episcopal High School in Alexandria, VA, where he lettered in football and was captain of the track team, Christopher received his BA in Political Science from the College of Charleston.  During his undergraduate studies, Christopher worked for the renowned South Carolina trial lawyer and retired Chief Justice of the SC Court of Appeals, Alex Sanders. Christopher’s time with Judge Sanders inspired him to become a lawyer and represent hard-working people.

Christopher is a 2008 Cum Laude Honor Graduate from the Charleston School of Law. There he served as an Associate Articles editor on the Charleston Law Review, Co-Chair of the Student Bar Association Elections Committee, and was an active member of the Student Trial Lawyers Association. Upon graduation, Christopher received the Law School’s pro-bono award given to students who rendered over one hundred and fifty hours of pro-bono legal service to the community while in law school. Christopher spent a summer interning for Federal Judge P. Michael Duffy of Charleston. There he learned the basics of practicing law in Federal Court. Christopher also has experience working with a large litigation firm as he worked as a summer associate at Young, Clement, Rivers LLP.

After graduation, Christopher returned to his hometown of Anderson, South Carolina, where he served as Clerk for the Honorable J. Cordell Maddox. During his clerkship, Christopher assisted and observed numerous criminal and civil trials, guilty pleas, probation revocations, and non-jury hearings.

In 2009, Christopher opened his law practice in Anderson, South Carolina. Since then, he has successfully litigated wrongful death cases, serious and catastrophic injury cases, Will and Estate challenges, criminal defense matters, and drug cases. He specifically represents people who have suffered the loss of a loved one due to the wrong-doing of a person or corporation, folks terribly killed or injured in trucking or motorcycle crashes, individuals facing state or federal criminal charges, and parties involved in Probate fights over the Estate of a loved one. He handles these cases in Greenville, Greenwood, Abbeville, Clemson, Seneca, Easley, Laurens, Spartanburg, Columbia, Aiken, Newberry, Charleston, and Orangeburg, South Carolina.

Christopher has recently been elected as a board member of the South Carolina Justice PAC.  In 2015, he joined the Million Dollar Advocates Forum, one of the most prestigious groups of trial lawyers in the United States of which membership is limited to attorneys who have won million-dollar verdicts and settlements. Christopher has been named a Superlawyer rising star for the years 2016 and 2017 and was awarded the “10 Best Client Satisfaction Award” by the American Institute of Personal Injury Attorneys.